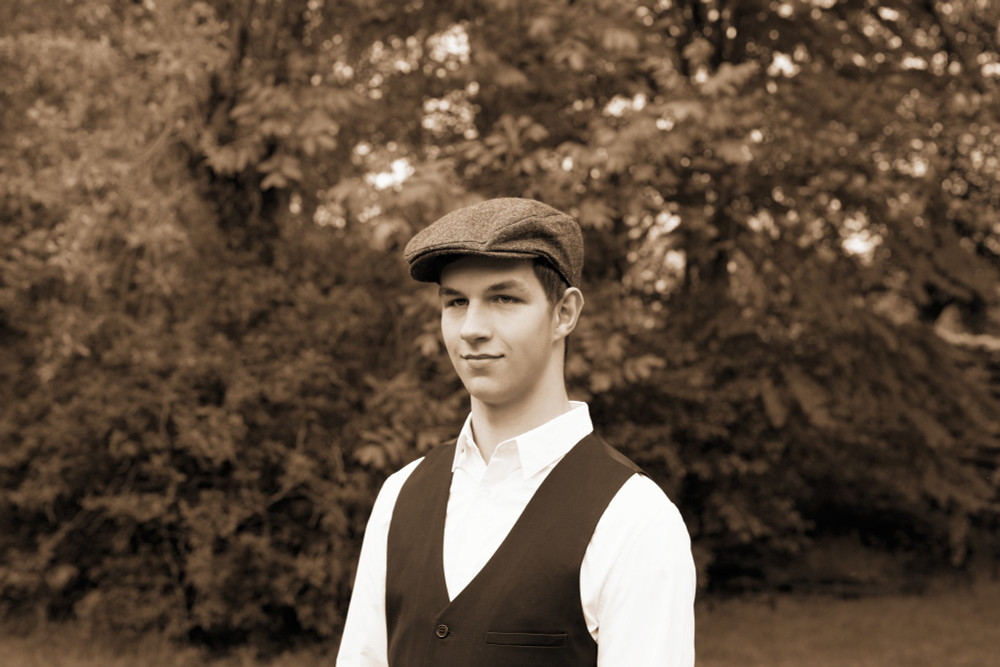 100 years ago, men were wearing three-piece pinstripe suits and flapper girls were doing the Charleston at the local speakeasy. Oh, how times have changed! But what could be classier than fashion pulled straight from one of Jay Gatsby's parties?

Now that we're entering a new era of the '20s, 1920s men's fashion can, and should, make a roaring comeback. If you're looking for ways to pay homage to the fashion of the day 100 years ago, read on for everything you need to know.

When it comes to teaching men's fashion in the 1920s, it's all about status and employment. You could tell how much a man earned just by looking at him.

A working-class man in the 1920s might be spotted in a shirt and tie with jeans held up by suspenders. Paired with a jacket, the look was finished with a flat cap. Mix-matched suits were commonly worn by working-class men. Without the proper means, they had to take what they could find at discount stores and donation bins.

On the job, overalls were the name of the game for the average blue-collar worker. Large pockets on the front of the overalls were used to carry tools and the bottom of each pant leg was often cuffed.

The typical 1920s businessman wore a three-piece suit with a hat to match. Unless you were a tradesman, athlete, or student, your suit would constitute your everyday attire.

Men's suits were typically made from heavy materials like wool, tweed, flannel, or corduroy. Suit jackets were worn atop vests that fastened over a dress shirt. When buttoned, a man's jacket would completely conceal the vest, which was a departure from the styles of previous decades. Men always wore neckties or bowties and folded a handkerchief neatly in their breast pocket.

As for designs, a classic 1920s suit could be found in pinstripes, wide stripes, plaid, or checkered patterns. They were rarely black and more often colored in greys, blues, and varying shades of brown.

1920s formal wear drips with elegance and class. Top hats were worn with dinner jackets and paired with matching flat-front pants that were high-waisted and often hit above the ankle. These were great clothes for short men, as pants were not expected to reach the tops of one's shoes, even when standing.

Shoe spats were pieces of fabric that buttoned up the side and fastened around the ankle. Fanning out in a trumpet shape, they covered and protected a man's classic black patent leather Oxford shoes.

What would be a better time than the present to bring back all the best fashions of the 1920s? Here's what you can look for if you'd like to dress in the Roaring Twenties style.

If you want to find ways to recreate 1920s men's fashion, consider trying on a few sweaters. Cardigans that button up the front as well as one-piece pullover sweaters both grew in popularity in the 1920s. Pieces with large, knitted collars or turtleneck designs were enjoyed for their added warmth in the winter.

But don't forget what goes underneath! Men's dress shirts were always worn and came with round, club, and pointed collars. They were often a mix of different striped or diamond patterns and were complemented by a necktie.

Do you think low-hanging pants and skinny jeans were strange trends? Trousers and pants went through equally odd phases in the 1920s. Except, instead of dangling or super skinny styles, trousers were high-waisted and extra wide.

It all started with the knickerbocker, later shortened to the knicker. Knickers were wide-legged pants that hugged the waist and stopped tight around the knees. These morphed into different variations based on length, called plus-fours, plus-fives, and so on. The number represented the length at which the knickers hit below the knee. For example, plus-fours stopped four inches below the knee.

Knickers were eventually banned in Oxford, England, spurring the creation of the Oxford bags. These trousers were excessively wide, so much so that they could be worn over top of a pair of knickers. Though sinched at the waist, Oxford bags could be as wide as 44 inches around!

Though top hats may be considered outlandish nowadays, you can still harken back to the 1920s with other caps. Flat caps have grown in popularity in recent years and were a staple of the 1920s working-class look.

The fedora is another popular hat from the 1920s and has that classic gangster look. To bring out your inner detective or channel the charm and charisma of Humphrey Bogart, try a wide-brimmed fedora.

Other hats that reflect the style of the day include the rounded derby hat, the straw boater hat, and the ready-for-summer Panama hat. Grab the style that speaks to you and you'll be bringing the 20s back with accuracy and flair!

No 1920s-era outfit is complete without the right accessories. And men had a lot of them! Consider a cane or walking stick to take with you on your way to work. Styles range from those with curved handles to those with straight tips.

Suspenders were a must for the period, keeping trousers perched high on the waist. For a night out, pair your outfit with a patterned bowtie, gloves, shoe spats, and a dazzling pair of monogrammed cufflinks.

Bring Back the 20's in Style

In the 1920s men's fashion was, for the most part, simple and effortlessly stylish. Though we may not opt for the same heavy wool and tweed fabric that was popular then, we can still bring back the '20s vibe by dressing in similar styles.

Want to do something simple? Find a classic newsboy flat cap and you're halfway there! Getting ready for a Gatsby-themed Roaring Twenties party? Try on a three-piece suit and a homburg hat to look and feel like you've jumped out of the history books.

If you want to bring the best styles of the 1920s back this decade, check out our collection of patterned dress shirts.